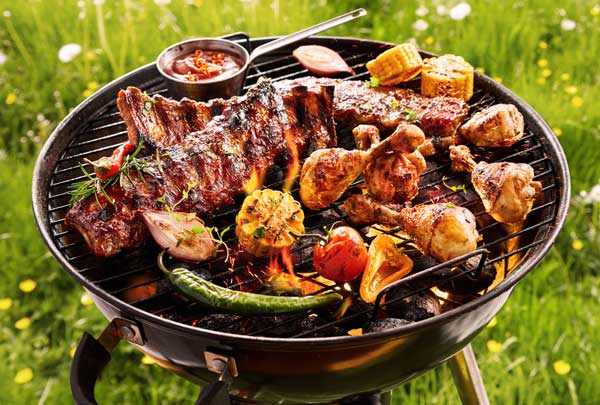 Jack had a gastric sleeve surgery and is able to sustain his 75 lb weight-loss for over 4 years His BMI went from 38 to 27 and he no longer had diabetes, or hypertension, had no evidence of disease and was an excellent example of a successful and healthy WLS patient. He was compliant with post-surgery dietary guidelines, and followed a keto styled diet. Being a Southerner he attributed much of his success to his love for BBQ (rib eye steak, baby back ribs, pork belly, pork chops etc).

Several hours after one of his Sunday BBQs he developed a headache. had stomach cramps , became dizzy, nauseous and itchy  He had a sleepless night and just attributed to have eaten something that was spoiled. During that week he started recognizing similar symptoms in the early afternoon and more severe symptoms that would wake him at night. He reported this to his internist who thought it might be related to his gastric sleeve surgery. He made and appointment with his surgeon who then referred him to a GI doctor that performed an upper endoscopy and found nothing that could explain Jacks symptoms and referred him to an allergist.

A few days before his appointment with the allergist his friends and family celebrated the 4th of July at Jack famous BBQ.  Later that evening Jack fainted and was emergently taken to the hospital The ER doctor quickly diagnoses anaphylactic shock and administered epinephrine which quickly quieted his symptoms Jack told the allergist about his symptoms and recent medical history. The ER doctor asked one pertinent question, have you had any tick bites recently. Jack had joined a hiking group and had a couple of tick bites in the previous months. The doctor ordered a Galactose-alpha-1,3-galactose ( AKA Alpha-Gal) IgE allergy test  The next day, and to Jacks disbelief , the doctor told him that based on his history and results of the test he had become allergic to meat. Jack now had to strictly avoid beef, pork, lamb, this would include venison, bison, buffalo— essentially anything that has hooves and walks on four legs, Jack reluctantly, followed the doctors’ orders and all the symptoms resolved. Jack still is a master of BBQ and now boasts smoked chicken thighs, honey BBQ chicken wings and his grilled salmon and prawns.

The Lone Star Tick’s saliva contains sugar that humans don’t have, called alpha-gal. This same sugar is also found in meat, such as beef, pork, rabbit and venison, in addition to some dairy products as well as products that contain animal by products including medicines. The tick bite can trigger an immune system response, so the body develops antibodies to the tick sugar. Within about two months of the bite when this some individuals eat meat, the allergic reaction takes place, typically within three to six hours of the meal. The severity of the allergy varies among those infected and can be anything from itchiness to GI symptoms to anaphylactic shock Doctors aren’t sure if this allergy is permanent, or if infected individuals will gradually be able to eat meat again. And, of course, another Lone Star tick bite will start the allergic response all over again.

THE ALPHA-GAL STORY: Lessons learned from connecting the dots: